5 Reasons to Visit the Great Palace Mosaics Museum in Istanbul

The Great Palace of Constantinople Mosaics Museum is a landmark in Istanbul which should be on anybody's list of places that are worth a visit. The museum is located just a few steps from the main attractions - the Blue Mosque and Hagia Sophia, in the historical district of Istanbul Sultanahmet. If you are even slightly interested in history, culture and archeology, there are 5 good reasons why you should add the Mosaic Museum to your sightseeing route in Istanbul. 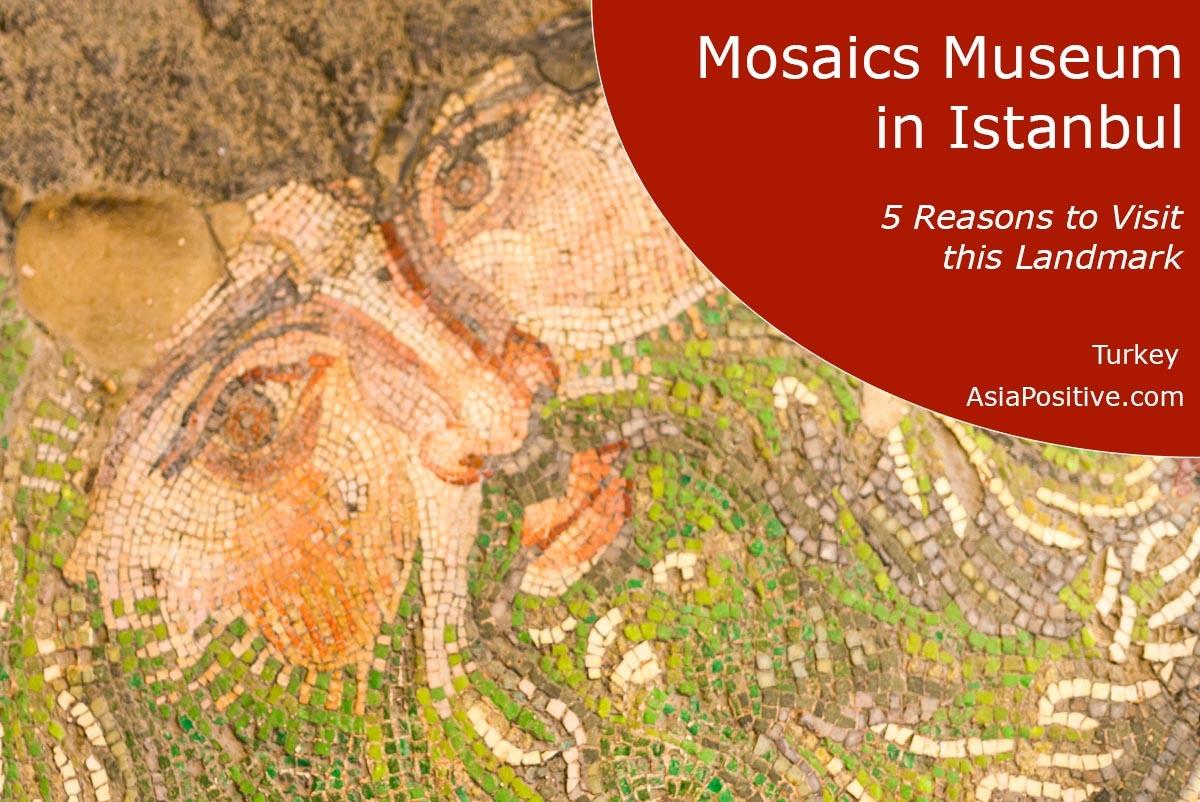 You can skip the ticket lines if you have a Istanbul museum pass.

Scientists' suggest that mosaics once decorated about 3,000 m2 of floor, most of which has been destroyed, or now rests beneath other buildings, including the Blue Mosque, shops and hotels.

Things to do in Istanbul Transfer from / to the Istanbul Airport

In the mosaic museum, only a part of that former beauty is represented - only 250 m2 of floor mosaics (just imagine, that's 3 times more than the typical 3-room apartment from my childhood).

After visiting the museum of mosaics, my confidence in my own attention to detail was greatly shaken. What are a couple of hundred articles of personal posessions compared to the giant and, at the same time, incredibly detailed pictures, assembled from tiny pieces of a multi-coloured stone?

Most likely, the mosaic floor of the Grand Palace of Constantinople was created during the times of Emperor Justinian I (527 - 565 AD), at approximately the same time period when St. Sophia Cathedral was built. Archaeologists discovered mosaics during excavations near the Arasta Bazaar (near the Blue Mosque) in 1935. The mosaics were restored and now it is represented in the Istanbul Mosaic Museum. The museum, by the way, is located directly in the place where the mosaic floor was found.

4 | Learn how people dressed, hunted and lived in times of great empires

Mosaic images depict scenes such as these: someone milking a goat or feeding a donkey, or even grazing geese. Or someone flies upside down after being kicked by a horse. And at the same time, the details of period clothing are depicted with special care - folds, ribbons and sandals. Why don't our own designers create something like that? They seems to be very comfortable clothes, at least for around the house.

While, just a few hundred meters away, there are queues at the Blue Mosque and the Hagia Sophia, the Mosaics Museum remains quiet and deserted.

The Great Palace of Constantinople Mosaics Museum is one of the most interesting sights of Istanbul, where excursion groups do not lead. During the 1.5 hours I spent in the museum studying mosaics, I met no more than 3 other tourists.

How to get to the Mosaic Museum

The Mosaic Museum is located 100 meters from the Blue Mosque:

Link to the Mosaics Museum on Google map.

An article that may be useful to you - How to Get from the New Airport to Istanbul.

What interesting things can be seen near the Mosaic Museum

A visit to the Mosaic Museum is easily combined with any itinerary in the Sultanahmet area:

Hotels in the Sultanahmet area

After walking around Istanbul, you can have the great evening on a ship with dinner and a show program, enjoying the views of the Bosphorus at night.

All Istanbul airports - names, location on the map, transfers, and hotels

How to get from Phuket to Koh Lipe or vice versa

How to get to Thailand

Book your holiday in Istanbul on trusted websites

All articles about Turkey

Traveling is my passion, photography is my love, Asia is my inspiration.

The information in my articles is a personal experience and the result of a thorough search and research. I hope that my articles help you travel around Asia and beyond.

English is not my native language. Please forgive me for the mistakes and strange wording.