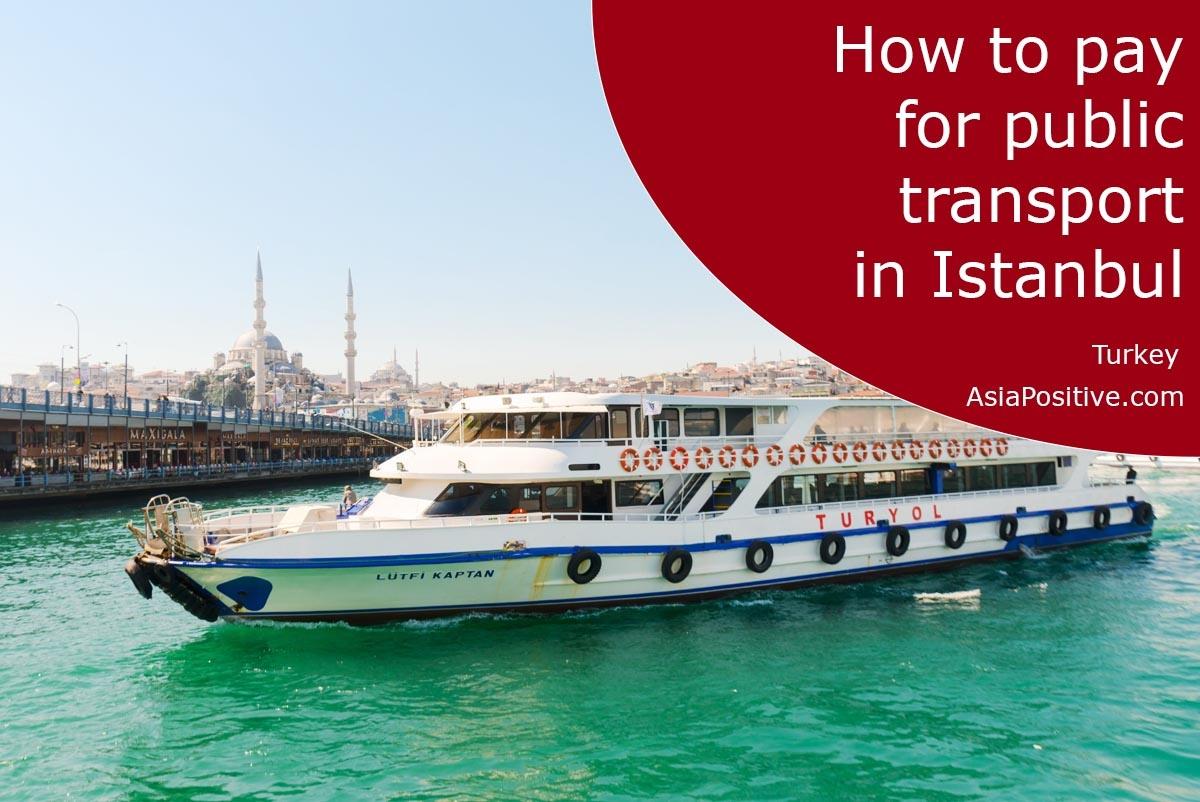 From this article you will find out:

Convenient transport to get to know Istanbul's main sights is a tourist bus with an audio guide in many languages and the ability to get off / on at any bus stop.

What is Istanbulkart and when do you need it

Istanbulkart is a rechargeable plastic card for paying for travel in all types of public transport in Istanbul, except for dolmush (small minibuses) and taxis.

Without Istanbulkart, it is impossible to travel by state buses from the airport, where is only one payment method - Istanbulkart.

For the most Istambul public transport you can buy a single ticket for 1, 2, 3, 5 or 10 trips, but the fare with Istanbulkart is almost 2 times cheaper.

If you do not want to delve into the process of buying and replenishing transport cards, you can pre-order the Istanbul Welcome Card (it also includes tickets to museums without a queue) or the card for 10 trips on public transport with delivery to your hotel.

If you plan at least two transfers (for example, from a tram to a funicular or metro), then Istanbulkart will already pay off.

Note: tokens are a thing of the past. Articles that mention tokens for paying for transportation in Istanbul are outdated by at least 6 years.

How much is Istanbul public transport fare

The fare depends on the type of transport and whether you used Istanbulkart or a single ticket to pay for the fare.

In recent years, inflation has been very high in Turkey and public transport fares have changed quite often. Keep in mind that in your case, the fare may be higher than prescribed in this article.

The most expensive transport in Istanbul is the Marmaray underground metro line, where the fare depends on the number of stations you pass. Marmaray fare can range from 5.48 to 12.12 TL. Read the article to the end to learn how not to overpay for the fare

The fare in other modes of transport (tram, ferry, bus, metro) is fixed and does not depend on the number of stations you pass. The transition from one metro line to another is paid.

How much can you save with Istanbulkart

I propose to compare the fare with and without using Istanbulkart in a tram, regular metro and bus:

As you can see, Istanbulkart is very useful for you if you want to drive around the sights of Istanbul on your own (without buying group excursions) and not overpay for a one-time ticket or taxi every time.

For those who want to get to know more about Istanbul there are many interesting tours on Viator and GetYourGuide.

How and where to buy an Istanbulkart card (instruction)

In tourist places, many kiosks and even street vendors offer Istanbulkart, but it is more convenient and, more importantly, cheaper way to buy Istanbulkart is from special vending machines at bus stops and stations.

It is important to remember that machines does not give the change. All the money that you give to the machine will be credited to the Istanbulkart.

Prepare banknotes of 10, 20, 50 or 100 Turkish liras for buying Istanbulkart. Of these, 20 liras is worth the Istanbulkart card, the remaining amount will be credited to the balance of the card and can be used to pay for travel.

As you can see, everything is very simple. If you suddenly forgot what to do and in what order, look around. Detailed instructions with photos usually hang near the devices.

Instructions on how to top up Istanbulkart

The Istanbulkart card can be top up in the same machines where it is sold. The top up procedure is even simpler than buying a card.

The machine allocates 30 seconds for the top up procedure. Therefore, it is better to prepare money in advance.

How to use Istanbulkart in transport

At metro and funicular stations, at piers and at tram stops, there are turnstiles, to the top of which you need to swipe your Istanbulkart. At the moment of reading the information, the current balance of Istanbulkart and the fare will appear on the screen of the turnstile.

In buses and on the branches of the old tram, the fare machine is located near the driver. All passengers must enter the bus through the front door and swipe an Istanbulkart card to the device. At the time of payment, you can see the balance on the card and the amount of the fare withdrawn from it.

Ideas for an evening and night in Istanbul: Bosphorus Music and Dinner Cruise or Istanbul 7-Hour Pub Crawl.

When you have only large bills for the Istanbulcart top up, remember that these machines do not give change. You cannot withdraw cash from the card. Istanbulkart can only be used to pay for travel and for payments in some shops.

Up to 5 people can pass on one Istanbulkart card, but transfer dicounts (5.49 TL) will be applied only to one passenger, the rest will be charged the full cost (7.67 TL).

In Metrobus (high-speed bus) and on the Marmaray metro line, the fare depends on the number of stations:

The cost of Istanbulkart (20 TL) is non-refundable. It is impossible to return it anywhere and return the money. But you can spend the balance of the card in some stores and museums that accept Istanbulkart to pay for purchases.

Fares in Istanbul transport for children

Children under the age of 6 ride on public transport in Istanbul for free. Children over 6 years old must pay the full fare or, if you live in Turkey permanently, you can receive a discounted children's Istanbulkart card.

Do you already know how you will get from the airport to the hotel? Order a transfer - this is the fastest and most comfortable option (read more in the article).

All Istanbul airports - names, location on the map, transfers, and hotels

How to get from Phuket to Koh Lipe or vice versa

How to get to Thailand

Book your holiday in Istanbul on trusted websites

All articles about Turkey

Traveling is my passion, photography is my love, Asia is my inspiration.

The information in my articles is a personal experience and the result of a thorough search and research. I hope that my articles help you travel around Asia and beyond.

English is not my native language. Please forgive me for the mistakes and strange wording.